Here is a secret space organized for this experiment.

Professor ‘Kim’, an authority on criminal psychology, secretly receives help from the government and supplies serial killers to be executed to carry out the impossible task of human transformation.

Things that shouldn't happen from the first day happen to ‘Haru’, who tries to adapt while conducting terrible interviews with murderers. Liberated killers were feeling pleasured after a long time, killing agents who had bothered them one by one.

As soon as ‘Haru’ also dies, ‘Park Jae-joon’, the enemy of the murderers who are famous for catching the murderer, saves her.

Thus, the war between the killers and the security guards ends in a victory for the killers, and they try to escape outside, but no one should survive because no one knows who they are. They start chasing ‘Haru’ and ‘Park Jae-joon’.

However, before they can join forces to get out, murderers start killing each other for their own reasons. To make matters worse, all exits are locked outside and a process to kill all begins, which Professor ‘Kim’ operated a security device in preparation for the failure of the experiment.

Indeed, who can survive?

And what does it mean for them to survive? 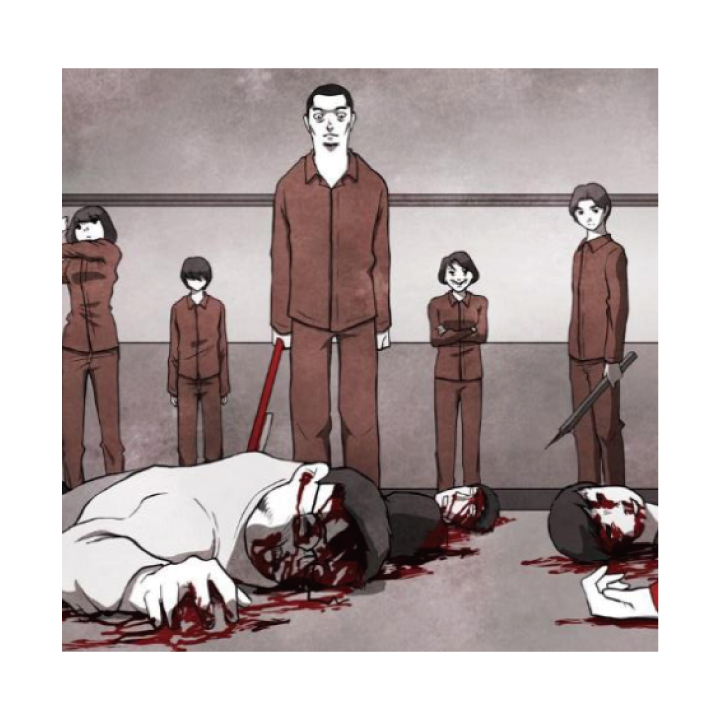